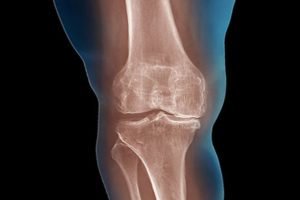 A Study by The Arthritis & Rheumatism Journal of overweight and obese adults with knee osteoarthritis found that losing one pound of weight resulted in 3-4 pounds of pressure being removed from the knees. In other words, losing just 10 pounds would relieve 30-40 pounds of pressure from your knees. Eases pain and inflammation.

It All Starts With Eating the Right Foods

While there is no specific “diet” that people with osteoarthritis should follow, researchers have identified certain foods that can help control inflammation and helps with weight loss. Many of them are found in the so-called Mediterranean diet which emphasizes: Eating primarily plant-based foods, such as fruits and vegetables, whole grains, legumes, and nuts. Replacing butter with healthy fats such as olive oil and canola oil. Using herbs and spices instead of salt to flavor foods. Limiting red meat to no more than a few times a month. People who follow the Mediterranean diet say they eat as much as they want and maintain a healthy weight.