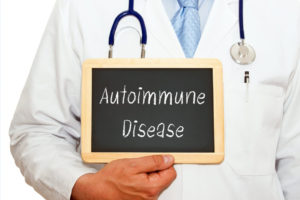 Medical doctors and researchers have not been able to pinpoint what exactly causes the misinterpretation in autoimmune diseases. However, they have discovered that some people are more likely to develop autoimmune disorders than others. In fact, women are nearly twice as likely to have such conditions than men. In the following, we will discuss various systems that those with autoimmune conditions face. If you think that is you, this list will help you decide on your next step.

One of the most common symptoms for those with autoimmune disorders is fatigue. Your immune system is using your body’s energy sending out immune cells to attack it, which causes you to lose some of your energy. This makes it hard for you to stick to your day-to-day routine and accomplish everything you had set out to.

Celiac disease is a condition in which a person is unable to consume gluten, a protein commonly found in grains like rye and wheat. When gluten makes its way to the intestine, the body’s immune system believes it is a pathogen and starts attacking it, this can cause inflammation or other similar symptoms.
Approximately 1% of people in the United suffer from celiac disease, but you should be aware that celiac disease is not the same as gluten sensitivity which affects many more americans. While gluten sensitivity causes similar symptoms, it does not involve the immune system making it less severe.

Muscle soreness is another system that targets those who are developing an autoimmune disease. Soreness may affect several muscles in the body but may also be felt as a dull ache or lingering soreness. This is typically an early sign of an autoimmune condition.

When a person’s immune system begins to attack the blood vessels in the body , it is called vasculitis. This can result in blood vessels becoming inflamed. With inflammation comes tighter, more constricted vessels that have a harder time transporting blood. Since blood carries oxygen and nutrients to different organs and tissues in the body, this may present itself in many different ways from fatigue to impaired organ function. If you believe that you are developing vasculitis, contact a doctor immediately.

Unexplained weight gain is another sign of a developing autoimmune condition. In some instances, it is the result of hashimoto’s thyroiditis, which occurs when the thyroid glands are not able to produce the hormones they need to properly function. On top of a swollen thyroid and unexplained weight gain, people with this autoimmune condition might become sensitive to cold and start losing hair earlier in life.

There are some autoimmune diseases that essentially cause your body to up its metabolism, forcing it to use more energy. An example of this is Grave’s disease, which also targets the thyroid gland. This condition causes the thyroid to produce excessive hormones instead of not enough. In turn, your body will use more energy which can result in feelings of nervousness, a faster paced heart beat, weight loss, and sensitivity to heat.

Autoimmune conditions have been known to affect the bowels. Inflammatory Bowel Disease, or IBS, describes the symptoms that may have been caused by an autoimmune disorder that targets the intestinal lining. Crohn’s disease and ulcerative colitis can be the result of autoimmune complications. Both of these conditions can contribute to diarrhea, cramping, gas, bloating, and discomfort. Anti-inflammatory medicines can help minimize these symptoms for some.

A very severe autoimmune disease that can target several organs in the body is lupus. Initially, it was believed that lupus was a skin condition as it can present itself in the form of a nasty rash. However, recent studies have determined that this rash is actually the result of the different organs it affects, including the heart, the brain, and the kidneys, and that is just a few. Other symptoms of lupus include serious fatigue and joint pain.

One of the more common symptoms associated with a developing autoimmune disease is the feeling of numbness and tingling in your arms and legs. This may be particularly true for some that is showing signs of multiple sclerosis (MS) which is a very serious autoimmune disorder that can be fatal. The myelin sheath, which is the protective layers surrounding the cells of the nervous system, of those with MS is damaged. Such damage can cause numbness, pain, tingling, and several other symptoms.

Some autoimmune conditions have been known to create skin problems. For example, psoriasis, which is an autoimmune disease that contributes to skin problems. With this, skin cells multiply rapidly and can form scaly, dry patches. Other symptoms include swelling, itchiness, and stiffness in the joints. To help alleviate symptoms, those with psoriasis apply topical anti-inflammatory lotions. Thankfully, psoriasis is non-fatal and can be remedied with adequate care.